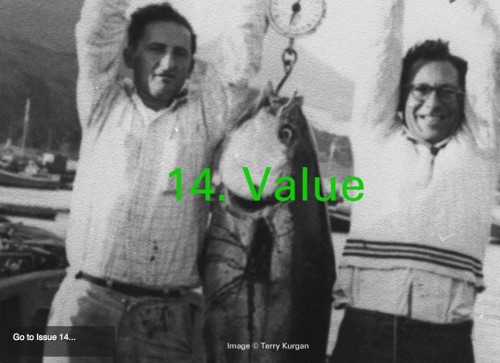 ITCH – My Father, And a Fish

ITCH is the Journal of Creative Expression of the School of Literature, Language and Media at the University of the Witwatersrand…

END_OF_DOCUMENT_TOKEN_TO_BE_REPLACED 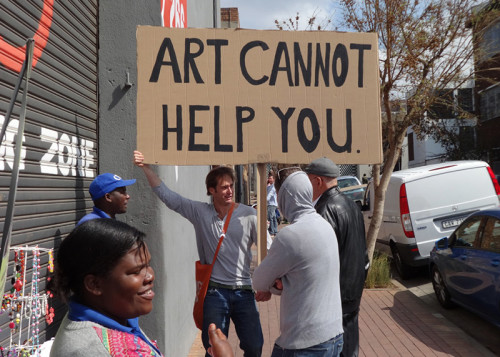 Invitation to the launch of the e-Book: 9 Urban Biotopes – The Future of Urban Living.

END_OF_DOCUMENT_TOKEN_TO_BE_REPLACED 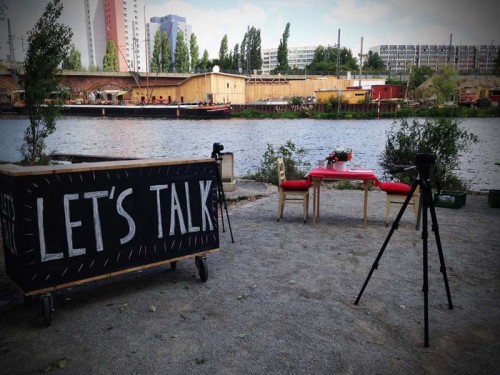 The opening of NINE URBAN BIOTOPES : Negotiating the future of Urban Living  A First Iteration of all Nine Projects  + “Let’s talk: 30 days at the Spreefeld”  Final Presentation of the project by Terry Kurgan Exhibition 6 to 8 September 2014 from 12 to 5 pm Opening 5 September 2014 at 7 pm at Boathouse Spreefeld / Spreeacker, Köpenicker Str. 48/49, 10179 Berlin   NINE URBAN BIOTOPES (9UB) is an international, socially engaged art project delivering artistic research and cultural exchange. From January through September the artists Antje Schiffers, Marjetica Potrc, Armin Linke , Anthony Schrag, Athi-Patra Ruga, Dan Halter, Taswald Pillay, Ra Hlasane and Terry Kurgan realised their projects within and among social citizen and art initiatives in 7 cities in South Africa and Europe. This week-end the results of all the projects will be displayed in form of a first iteration. ISSS research&architecture, in collaboration with urban dialogues have developed a mobile exhibition unit to dispaly and travel the exhibition in Europe and South Africa. During the last six weeks the South African artist Terry Kurgan has researched the uniquely Berlin phenomenon of ‘Co-Housing’. Wheeling about with her mobile ‘Spreelab’ she has explored the relationship between private lives and public space in the neighbourhood surrounding the three newly erected, and barrier free buildings of the Spreefeld Genossenschaft, situated in a former no-man’s land, but now rapidly gentrifying neighborhood on the banks of the Spree River. Kurgan’s final presentation  includes a short stop-animation film, which humorously evokes her outsider sense of a range of pressing contemporary Berlin urban and social issues evoked by the very particular one square kilometer upon which her project’s been based. The... END_OF_DOCUMENT_TOKEN_TO_BE_REPLACED 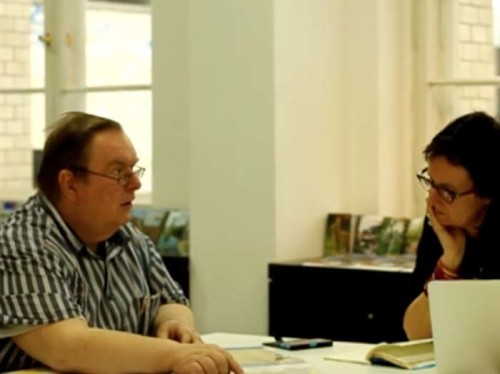 July 17th, 2014. So here I am, in Berlin, on the 10th day of my 3 month long residency as one of the 9 artists participating in the European /South African exchange project, Nine Urban Biotopes . I have to find a hook for a new participatory project within the work (and in the neighbourhood) of an organisation here called id22: Institute for Creative Sustainability, whose focus is on urban sustainability and cooperative – housing cultures. In searching for my project and more particularly, to find out where I am, I went to see an extraordinary room-sized 3D architect’s model of the city after reunification at the Senate Department for Urban Development and the Environment. And I met Mr. Ralf Dehne who was the civil servant (as he called himself) sitting behind the desk. In exchange for a good recipe from my country (and the only other African he had ever met was from North Africa and she gave him a recipe for grilled grasshoppers), he said he would help me source photographs and records of the area upon which my project is based, going back 100 years. I thought a good recipe for Mopane worms would be in keeping with grasshoppers, but will have to think of something else that I myself, actually cook and eat. Bobotie? He also told me he was a keen genealogist, and that he found people for people. Who wrote to him from all over the world. “They are usually looking for dead people, or for their graves”. When I thanked him for his generosity, he said it was a mirror of my own. I fell in love with him... END_OF_DOCUMENT_TOKEN_TO_BE_REPLACED

April 15th, 2014. Ben Leon, media producer for Yerba Buena Center for The Arts, just posted this video to the YBCA website. Watch it for a  good take on the Hotel Yeoville project!  From the exhibition, Public Intimacy, in collaboration with... END_OF_DOCUMENT_TOKEN_TO_BE_REPLACED

Public Intimacy: Art and other ordinary acts in South Africa

A group exhibition from South Africa, jointly organized by San Francisco Museum of Modern Art (SFMOMA) and Yerba Buena Center for the Arts (YBCA) March 26th, 2014. I’ve just returned from San Francisco where I participated in SFMOMA’s Visual Activism symposium, which explored the relationship between activist practices and visual culture. This was part of the public programming designed to run along with the “Public Intimacy” show. My presentation, Acts of Intimate Exposure was about the making of the Hotel Yeoville project (and the tension that existed, between social and aesthetic narratives), and then more specifically, about the context and the meaning of the photographic images that were produced, through a year,  in our automated photo-booth. Read more about the  Public Intimacy show here.   Download PDF Entry wall Window view Artist... END_OF_DOCUMENT_TOKEN_TO_BE_REPLACED 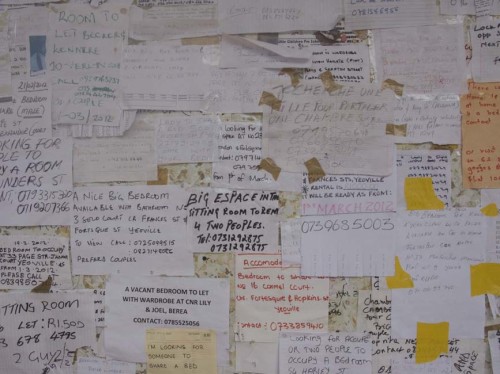 October 22nd, 2013. I gave an artists’ talk on my public art practice, focusing on the two projects Park Pictures and Hotel Yeoville most particularly.

END_OF_DOCUMENT_TOKEN_TO_BE_REPLACED 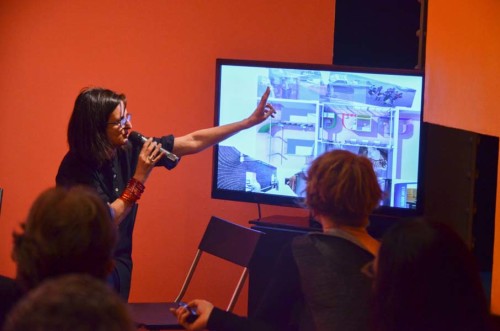