My practise is characterised by a productive negotiation between being a studio artist making fixed objects in a discreet private space, and a public realm artist, collaborator in a shifting field in social space.  It’s often tricky making the crossing, and this group of drawings began very far away from where they have ended.

Underpinning much of my full body of work is a preoccupation with family photographs, particularly the way in which these photographs mediate our experience of ourselves in the world. I am interested in the complex negotiation that takes place in the making of a photographic image, and the mutual need of both photographer and subject for affirmation and recognition. Every project, whether public or ‘private’, attempts to get under the opaque, two-dimensional surface of the photograph.

For the last ten years, every time I start making a new gallery exhibition, I haul out a small, precious portfolio of about thirty black and white photographs, produced by a studio photographer named Menashe Golashevsky. He came out to South Africa from Lithuania in 1928 on the same ship as my grandfather, and worked out of a shop front in Salt River, Cape Town. He documented the middle class Jewish community as they made families, weddings and barmitzvahs, but he also documented the working class community who lived and worked in Salt River. The images are very poignant, and bursting with layer upon layer of personal, cultural and public history that draw me in.  l placed them in a grid on my table and set out upon a series of new drawings  but very quickly decided (again! ) that although my drawings were good enough, that a different sort of project in this material, is in waiting for me there , but not just yet.

At the same time, I was editing several hundreds of photographs that had been produced by participants in “Hotel Yeoville”, an interactive public realm project I had run out of the Yeoville Library through most of 2010. Each person, in the privacy of a photo booth, shot a series of 4 to 8 images in a row, and, looking at them now en masse, I love how particularly fugitive many of these images seem.

With this process, and visual influence I shot a small series of new photographs and turned back to making drawings for Still, life.

The first part of the drawing is the preparation of the page, which I prime with a layer of rabbit skin glue. I love how this surface almost resists my drawing materials.  They slide and glide off the page, leaving a very particular quality of surface with faint traces, enabling me to draw and remove repeatedly, building the drawing in many thin layers, and leaving the paper with a memory of an image that somehow accumulates. There’s also a search for the image through repetition: drawing the same image again and again, moving it around,  and then at times, altogether out of the frame.

As I draw, l begin to Ieave the photographic reference behind; getting involved with the materials, and mark making and not thinking about much more than that. The fading surface of the photograph meets a state of transition (the images are of my daughter). Something  about the formal profile pose I’ve chosen to work with evokes a sense of quite traditional still life painting and I add flowers into the drawings , with their obvious reference to a sense of the arrest of life held still and captured; the links to that very powerful human impulse to hold the present, to do something about the unforgiving temporality of all experience.

In the end, it’s the drawing that is at the front, and the sheer pleasure of working with the unpredictability of the materials I am using; oil paint, pastel, white spirits, beeswax, charcoal, rabbit skin glue and the interaction of all of these with my surface. 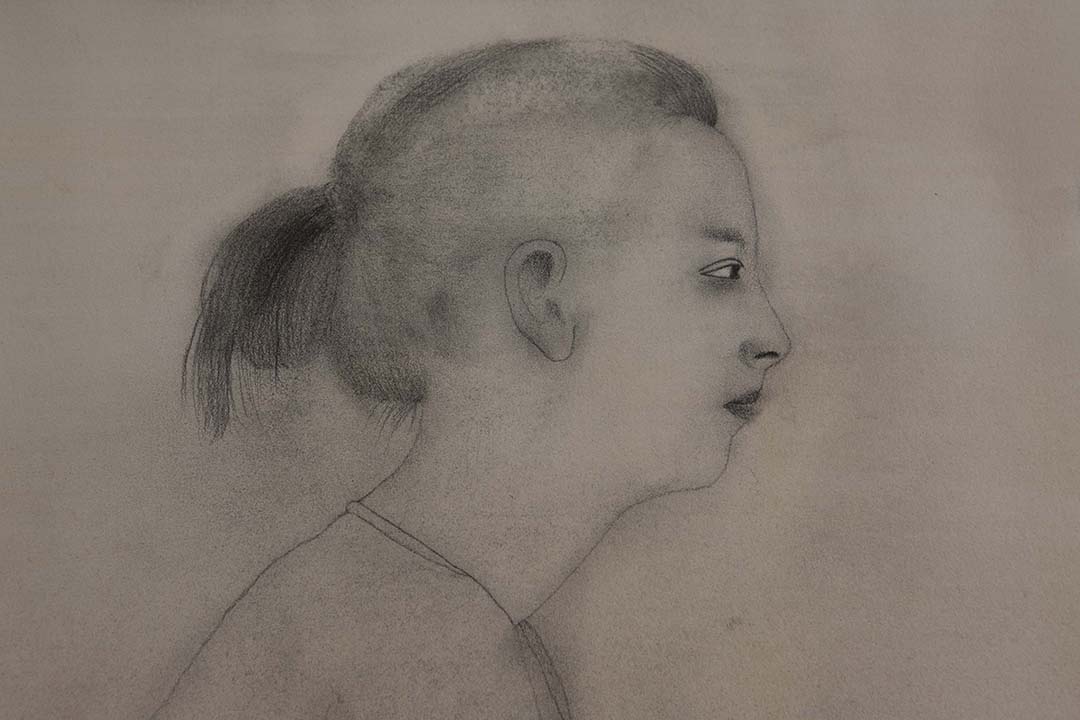 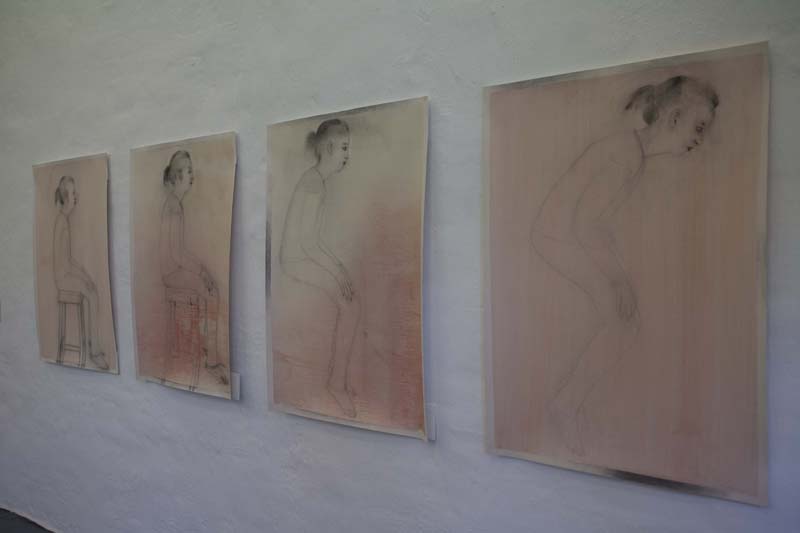 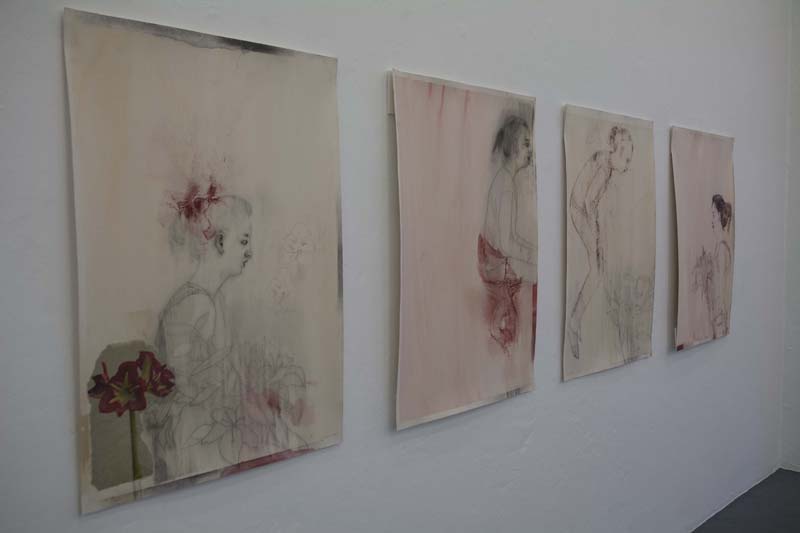 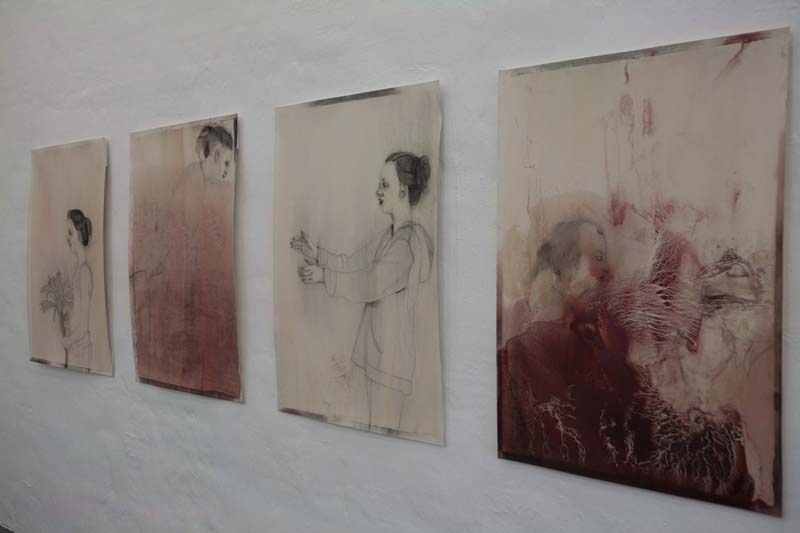 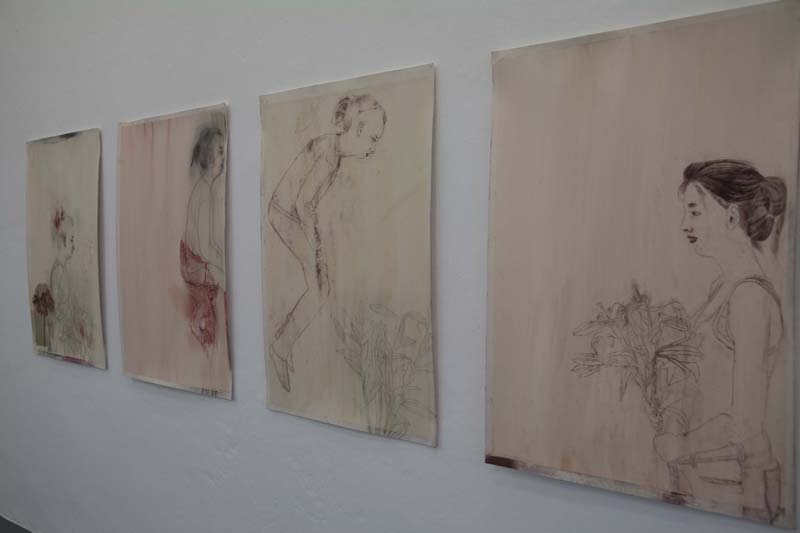 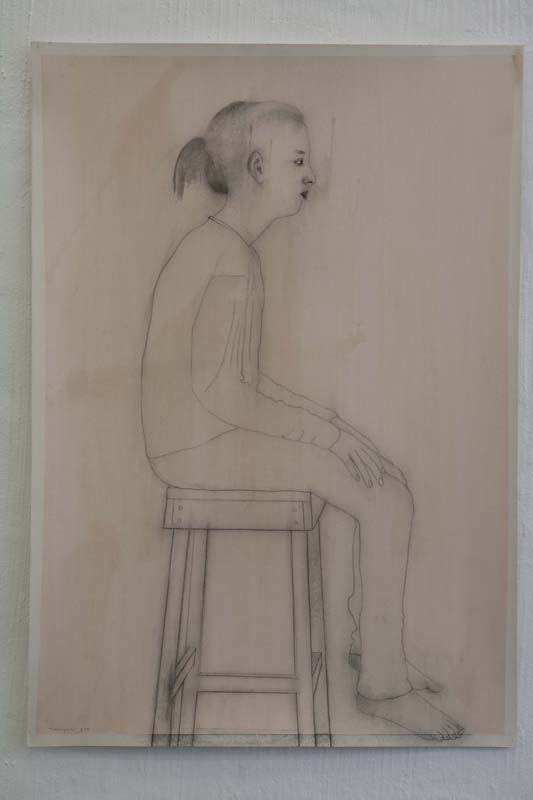 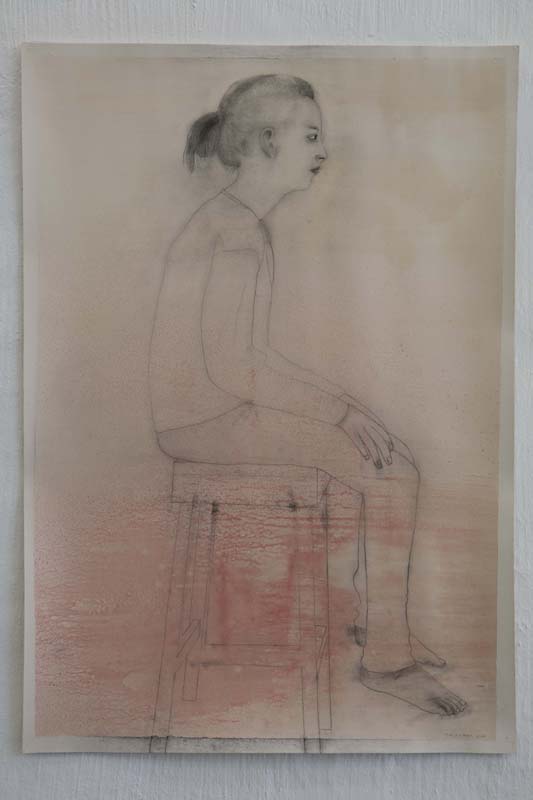 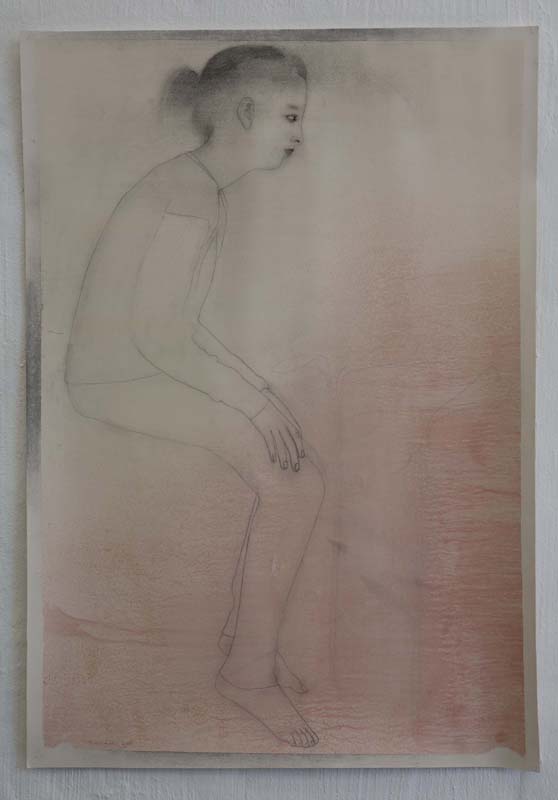 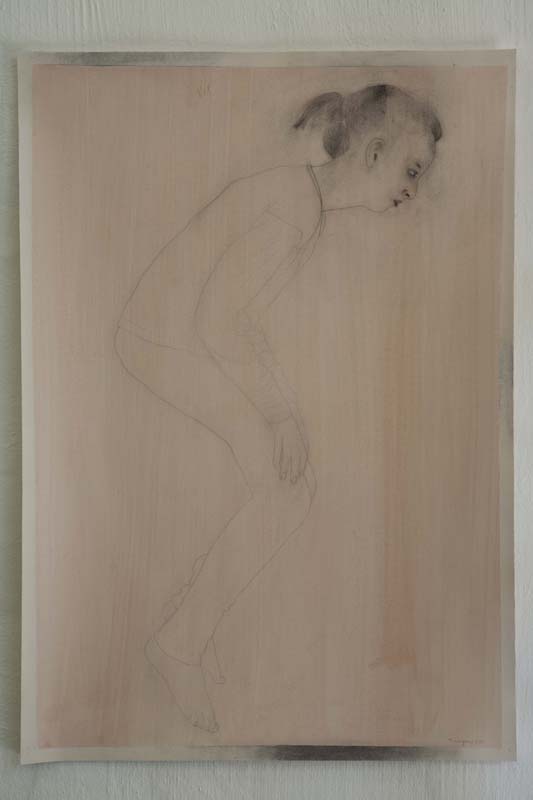 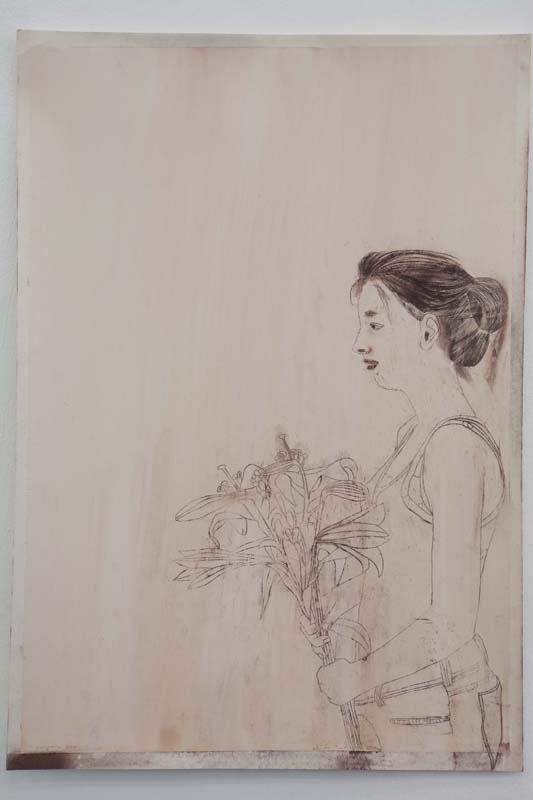 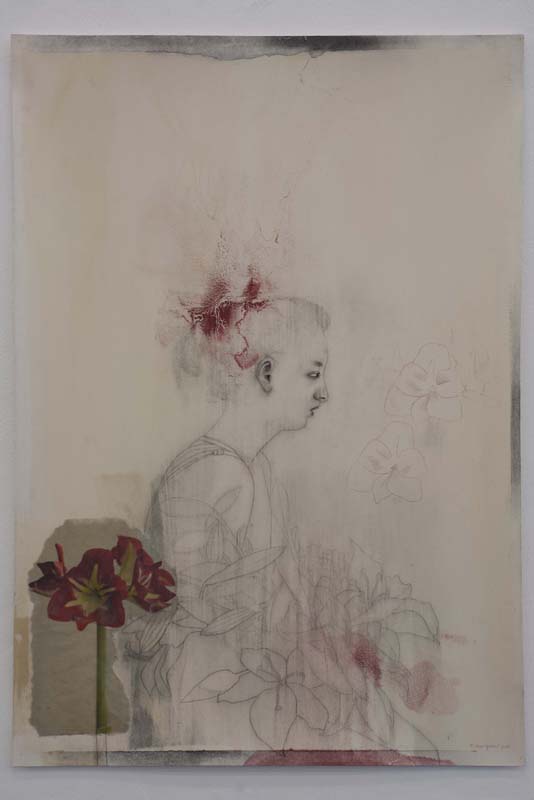 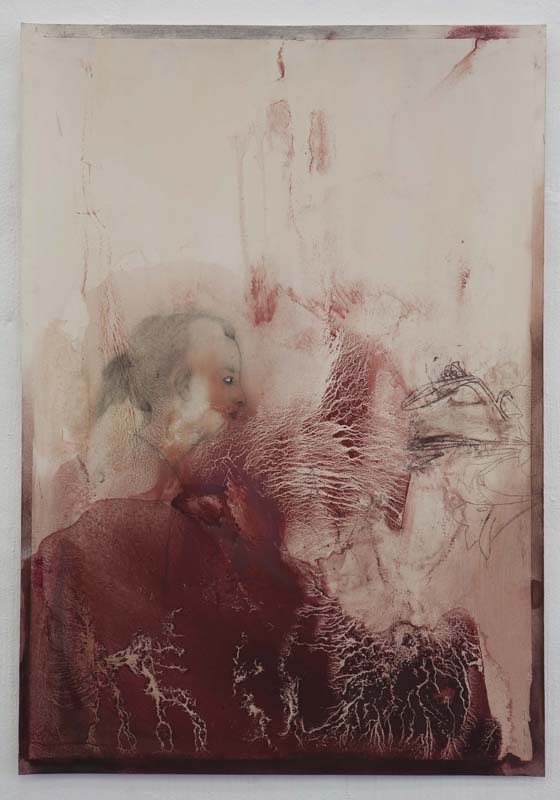 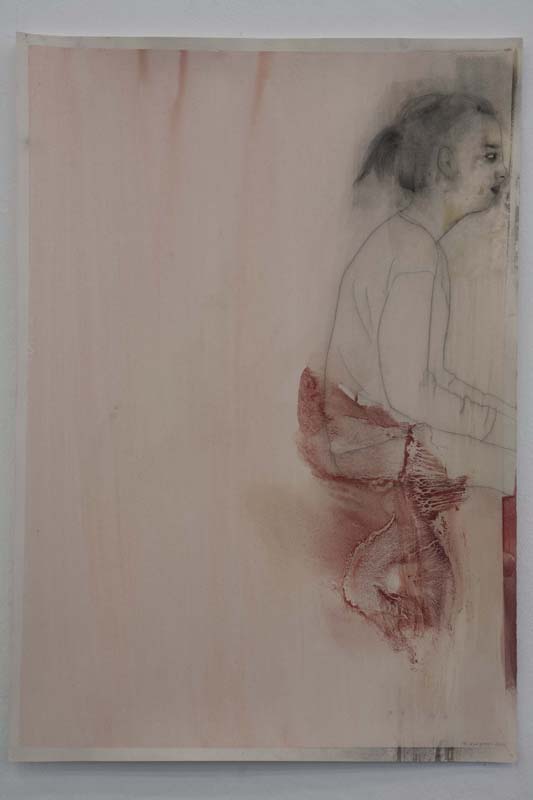 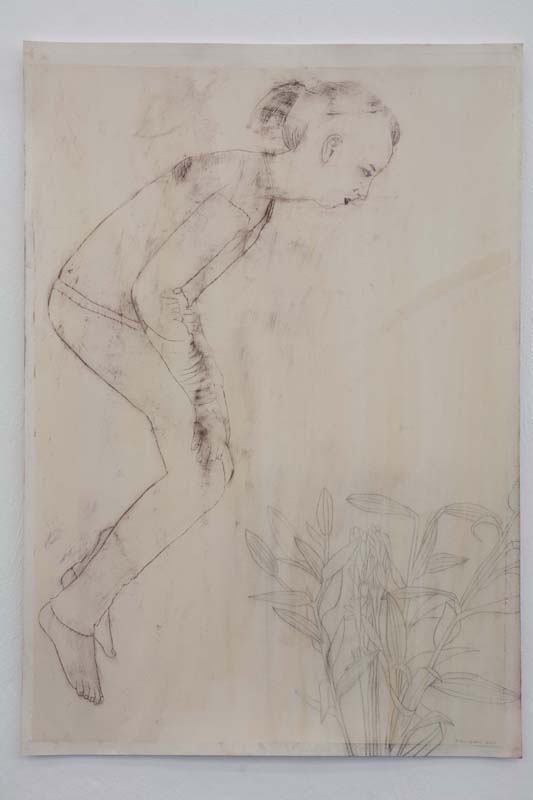 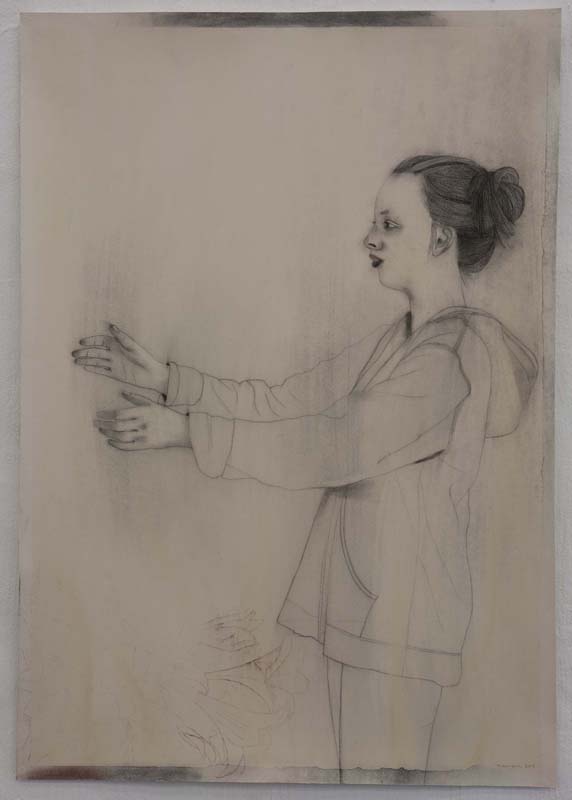 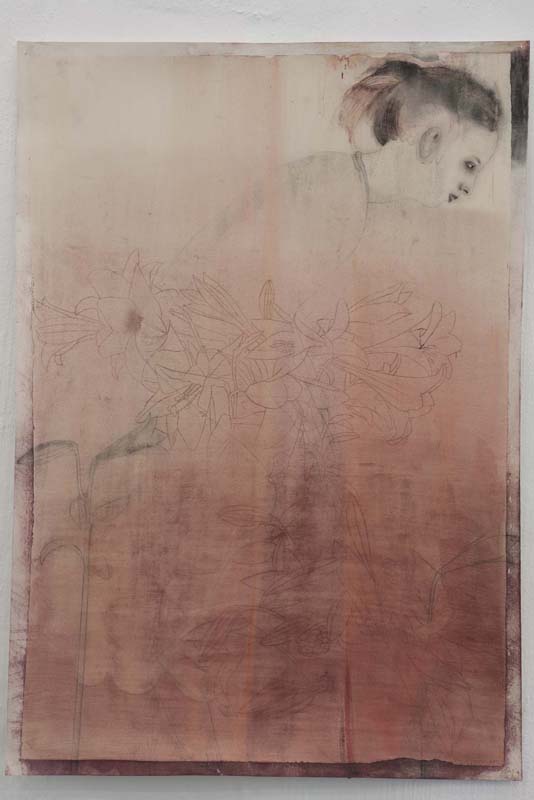 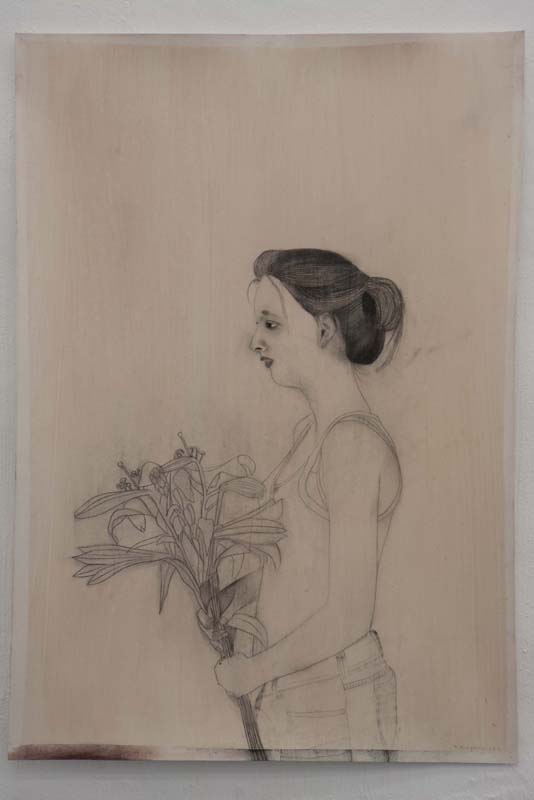 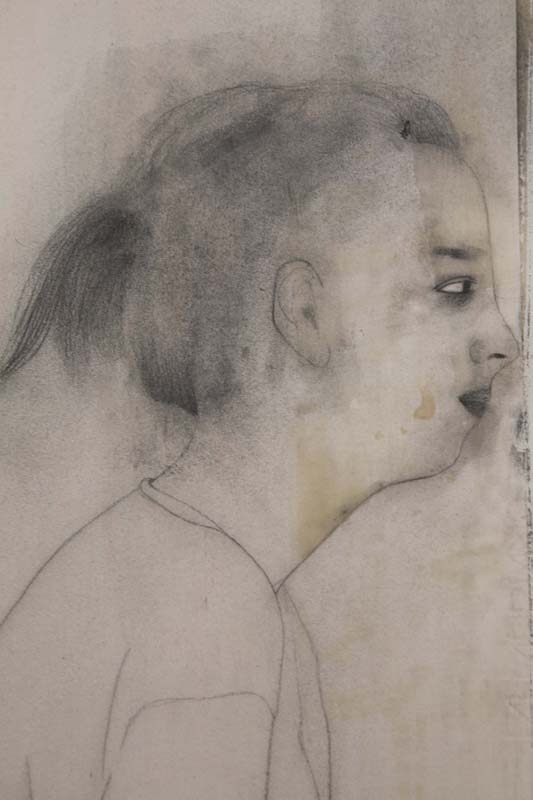 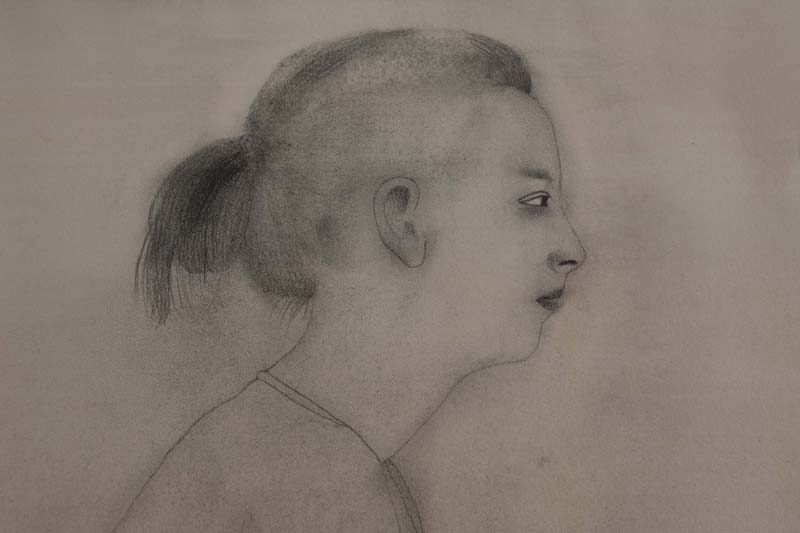 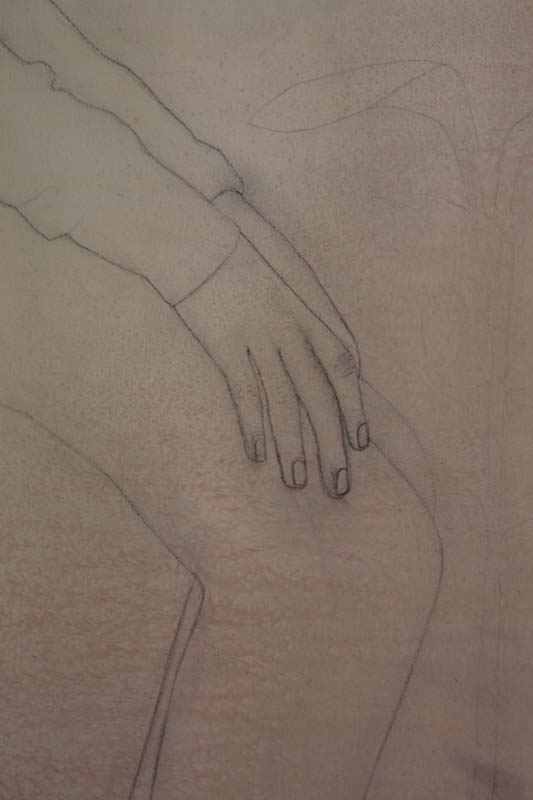 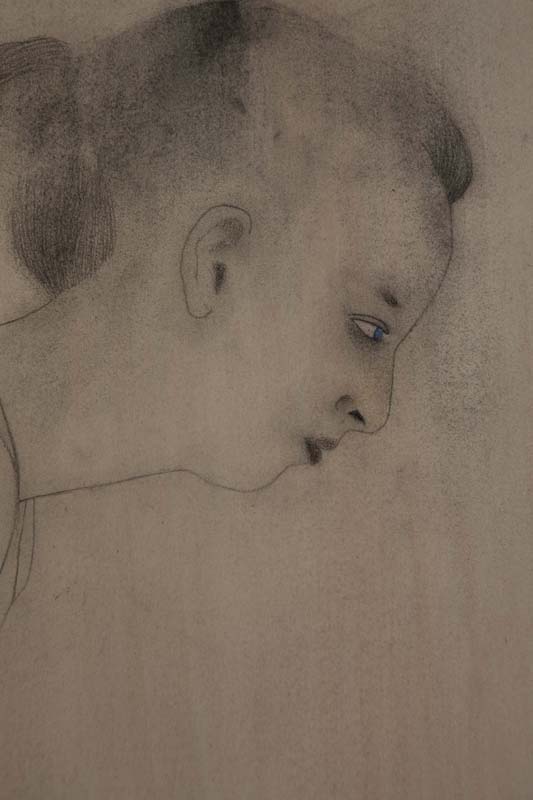 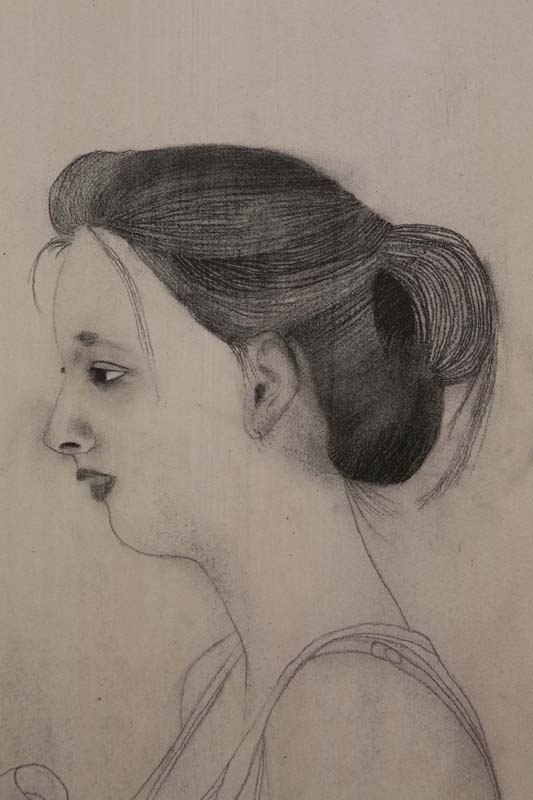 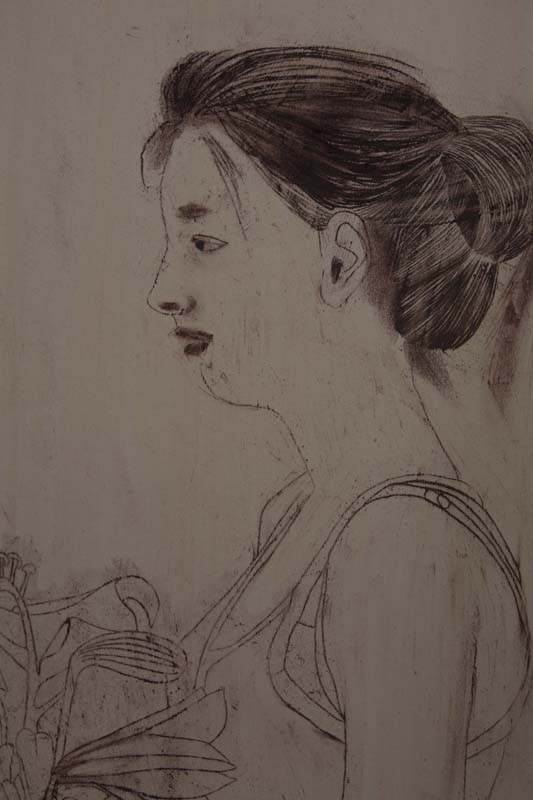 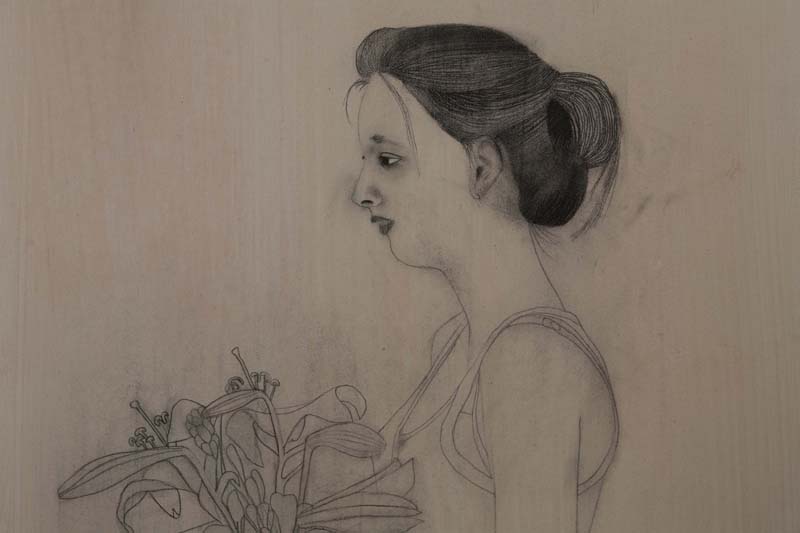 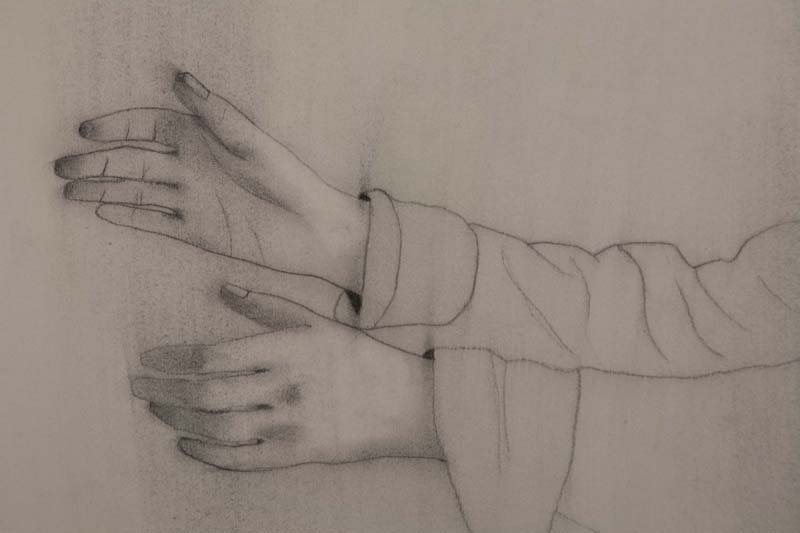