AbdouMaliq Simone, an urban geographer, researches survival strategies and the ways in which livelihoods are produced in contemporary African cities such as Johannesburg, which are unable to provide their residents with adequate shelter, employment or legality. He writes:

“It is important that we take seriously what is accomplished, even in the most deprived neighborhoods or cities, by those who spend their entire working lives in one place – the tea seller, the newspaper vendor … especially in the poorest neighborhoods, cities or families, being stationary is an intense position – waiting for things to come to you, finding ways of exerting control over a specific place, exacting income from that control.”

The project Park Pictures responds to the context of Joubert Park, a rare green and open space in the dense ‘Afropolitan’ inner city of Johannesburg. The work is about photography, migration and the reconfiguration of an enormous African city whose development was frozen in time.

Joubert Park is surrounded by what was once a thriving retail and business center for the city’s white middle class, abandoned in the early nineteen-eighties for the suburbs, with their decentralized malls and business parks. In today’s inner city, African immigrants, refugees, poor and working-class South Africans now occupy derelict apartments and office buildings once designed for other uses. Their occupation is contested. Living quarters are typically dense and conditions fraught, with sometimes as many as ten people living in a room designed for two. Everyday life is fractious, and street space is accordingly intense, chaotic and sometimes perilous. The park, in this context, offers breathing space, and a tenuous respite.

The park is also the working environment of a large community of street photographers, many of who have spent their entire working lives operating from an inviolably fixed working position. Several of the photographers have worked from their spot in the park for upwards of 20 years.

The photographers earn their living by photographing people who move through the park, and who are mostly living illegally in mothballed former office buildings. They hope to attract passers by who can pay them for their services, and use the scenic attractions of the park as backdrops that signal their subject’s having ‘made good’ and established themselves in a city that has newly become home.

The photographers constitute a complex and highly organized informal business sector – the principal economy of the park – and operate according to their own set of rules, exchanges and regulations. They all have their roots elsewhere and have migrated to Johannesburg to find work. They mostly live in the inner city or close to it. The position each person occupies is sacred, and the process whereby they came to work as a photographer in the park is immensely complicated and dependent upon far-reaching networks and flows of complicity, cooperation, family and other affiliation. The right to occupy a particular wrought iron bench, a large rock on the grass, a low wall perch along a cobbled pathway is often purchased or negotiated as far away from the inner city of Johannesburg as a rural village in Mozambique or Zimbabwe.

The park pictures resonate with the paradoxical issues surrounding photographic representation and performance. There’s the distinct and playful language of the pose, and many of the park photographers’ customers unconsciously imitate these conventions. The photographs reveal various forms of role-playing enacted by clients in impromptu performances of the self—a man crouches for action and aims a pistol; another presents himself for depiction in tribal animal skins, and a woman presents a thoughtful profile view, chin tucked into her hand, to a close up lens. These, in turn, jostle with representations more pointedly designed to consolidate social and familial relationships–proud mothers with children; young lovers embracing. We see people performing in the hope that the photographer will recognize who it is that they would like to be. The park photographers’ work is that of making these vectors of desire material, of rendering them visible.

Visibility and invisibility interact in complex ways in Johannesburg, a city that occults the hidden depths on which its wealth is literally built. Cultural theorists Achille Mbembe and Sarah Nuttall, cogently remind us that “In Johannesburg, the underneath of the metropolis is akin to the world of extraction—the underground city of gold mining, with its own syntax, its arteries, its depth, its darkness, and the crucial figure of the migrant worker. Living in places and circumstances not of his or her choosing, the migrant worker is constrained to experience the metropolis as a site of radical uncertainty, unpredictability, and insecurity. […], the one who is both beneath the city and outside of its orders of visibility”i.

In the formulation of cultural studies academic, Louise Bethlehem, which she contributed to an essay we co-wrote on my work, “there is also the interplay and tension between the fixed and the mobile in the circuits of exchange that the photographers facilitate. For all the inviolable fixity of their workaday emplacement, the photographers’ own status as migrants often corresponds with the lived experience of their clients, at whose disposal they place a visual technology capable of rendering potentially shared aspirations concrete”.ii

But sometimes these circuits of itinerant exchange fail to be properly constituted. The client does not return to retrieve the commissioned portrait. The unclaimed prints are orphaned, detached from the subjects who might imbue them with meaning and complete the circle of address. In artist and art historian Ruth Rosengarten’s words: “Unmoored from the autobiographic communication for which they were intended, they materialize the photographic condition of capture and loss, exposing the implicit melancholy of all photographic transactions”.iii

Each photographer-archivist carries around, as a matter of course, a huge number of still-to-be-claimed photographs. Looking through their bags, and in some cases stored boxes, of unclaimed or rejected photographs, which sometimes go back many years, it is very interesting to see the difference between who they were photographing ten, fifteen, twenty years ago and who they are photographing now. Holding onto photographs in trust, as an extension of their daily recurring labour, they have inadvertently created an informal ‘social history’ archive that documents the shifting demographics and transformation of this fragmented city.

Following global trends, the cellphone habits of South Africans have changed dramatically in the past year as smartphones, mobile applications and the mobile Internet have entered the mainstream. Curious, to see how this change may have impacted upon the park photographers trade, I made a recent visit to Joubert Park.
To my surprise the group has grown, and there are now 48 photographers working out of the park. 28 of those are members of the original group of 40 who worked with me in 2005, and they are still there in January 2011, occupying exactly the same positions! Although they have now all made the shift from film to digital, (in 2005 this was about 50/50) they still carry around bags of unclaimed photographs. They complain a lot about how cell phone technology has interfered with their business and that people who have camera – phones can send image MMS files to their loved ones by phone, far away. To compensate for this loss of business, they have innovated something they call “Same Time”. “Same Time” means that the majority of them now own very small printers that they carry around in their bags, and to incentivise clients to commission their portraits they offer to print, at the same time, immediately. Another entrepreneurial idea that seems to work for them is that several of them have invested in the sort of cameras and printers needed to make photographs for identity documents and passports; and in this there seems to be a roaring trade at a much cheaper price than is offered at the stores.

ii I would like to acknowledge the ideas and insight of English and Cultural Studies academic and writer Louise Bethlehem of The Hebrew University of Jerusalem who helped me to think about the project in new and interesting ways when we co-authored: “Park Pictures: on the work of photography in Johannesburg”, Louise Bethlehem and Terry Kurgan, in the book Rethinking Labour in Africa, Past and Present, Lynn Schler, Louise Bethlehem, Galia Sabar (eds.), published by Routledge, Taylor & Francis Group, UK 2010. 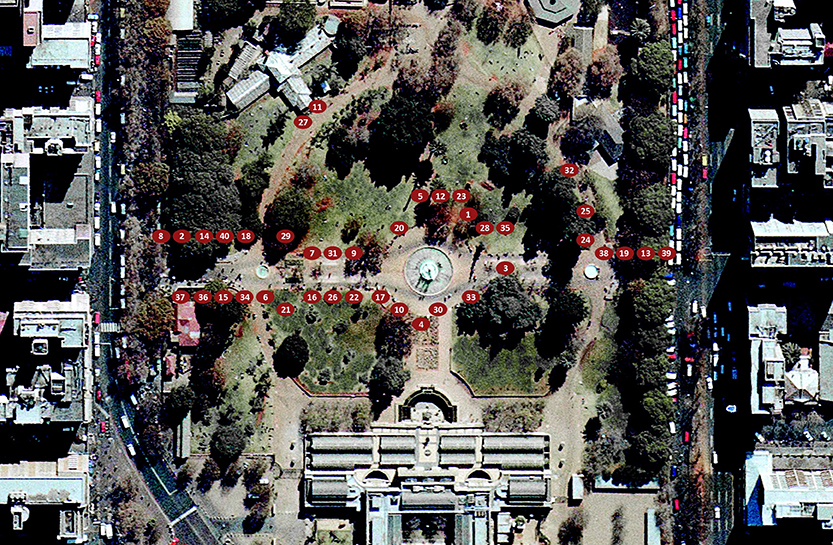 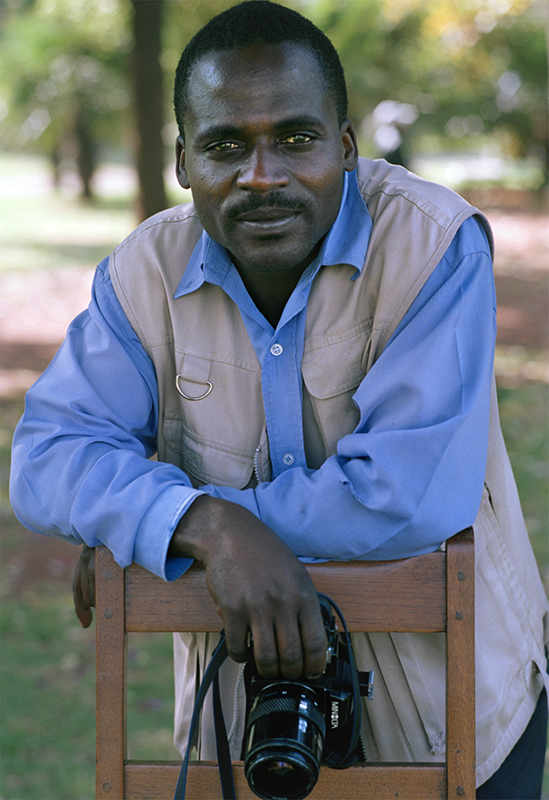 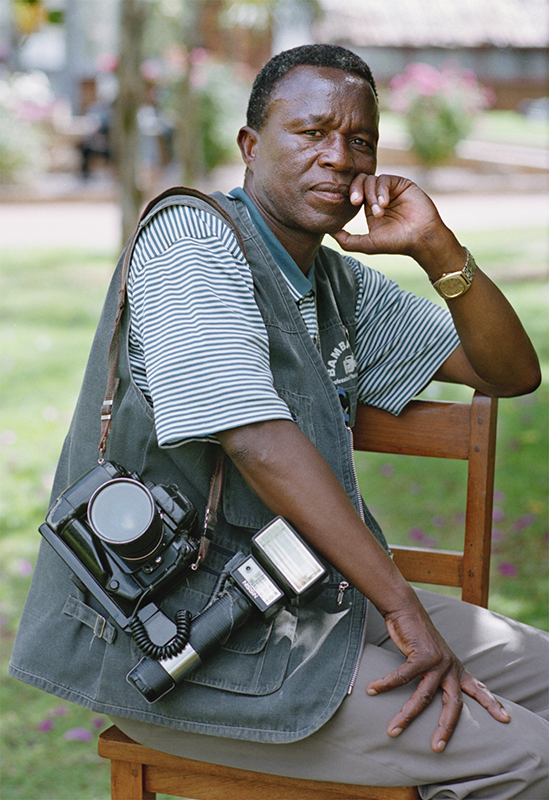 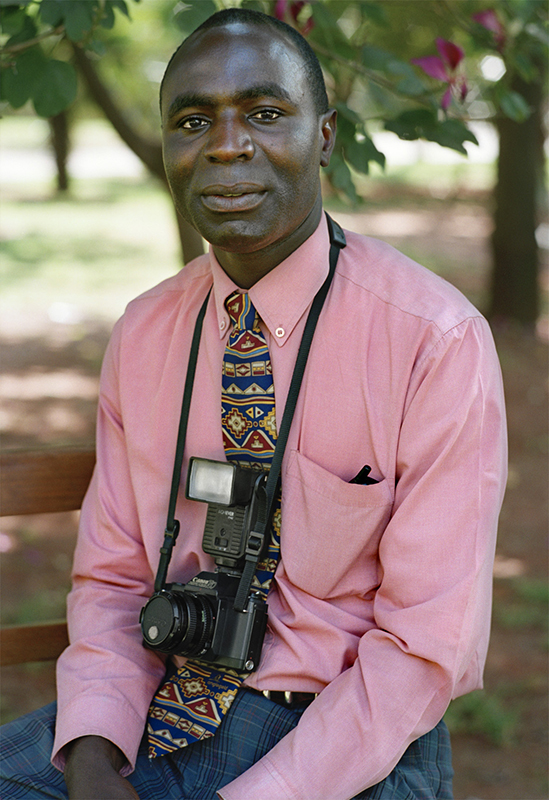 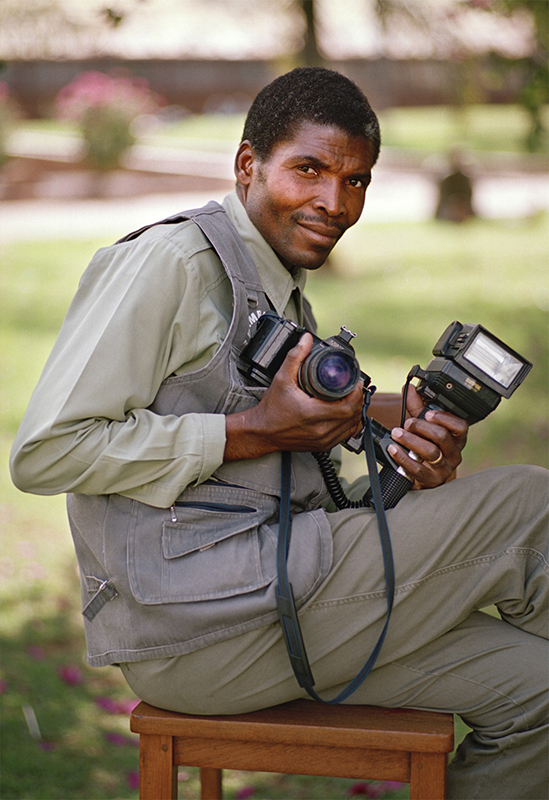 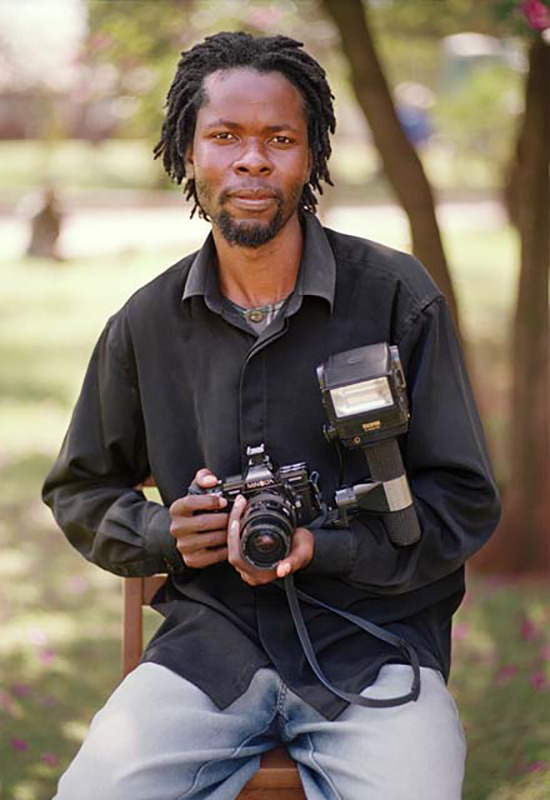 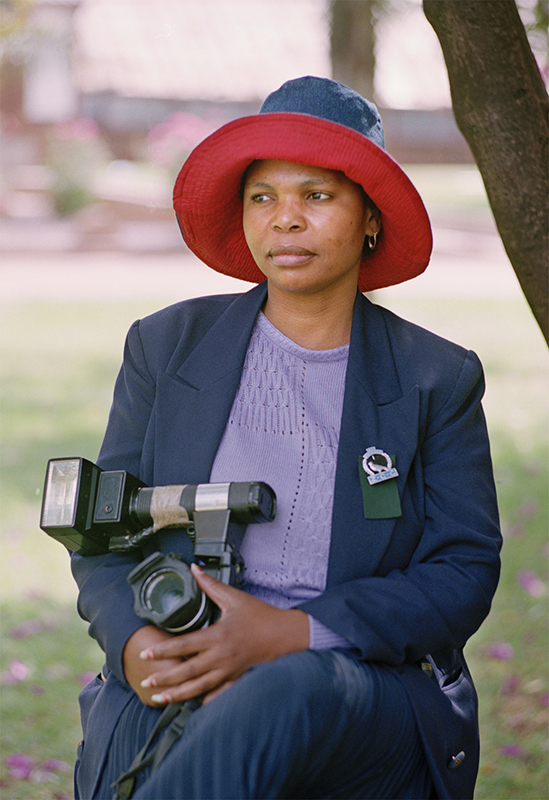 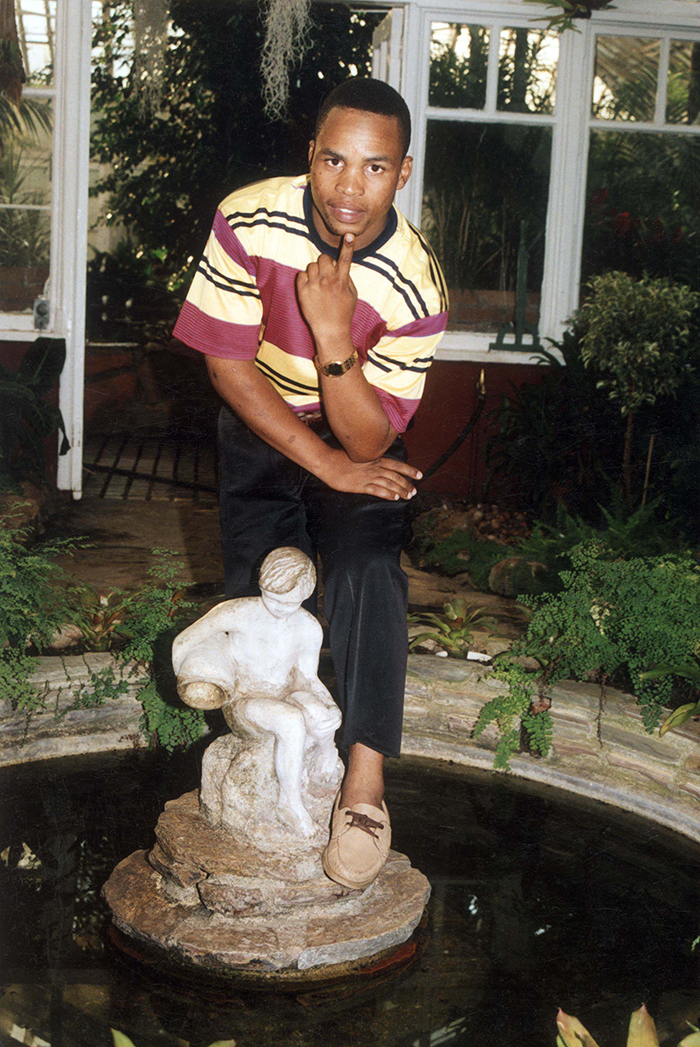 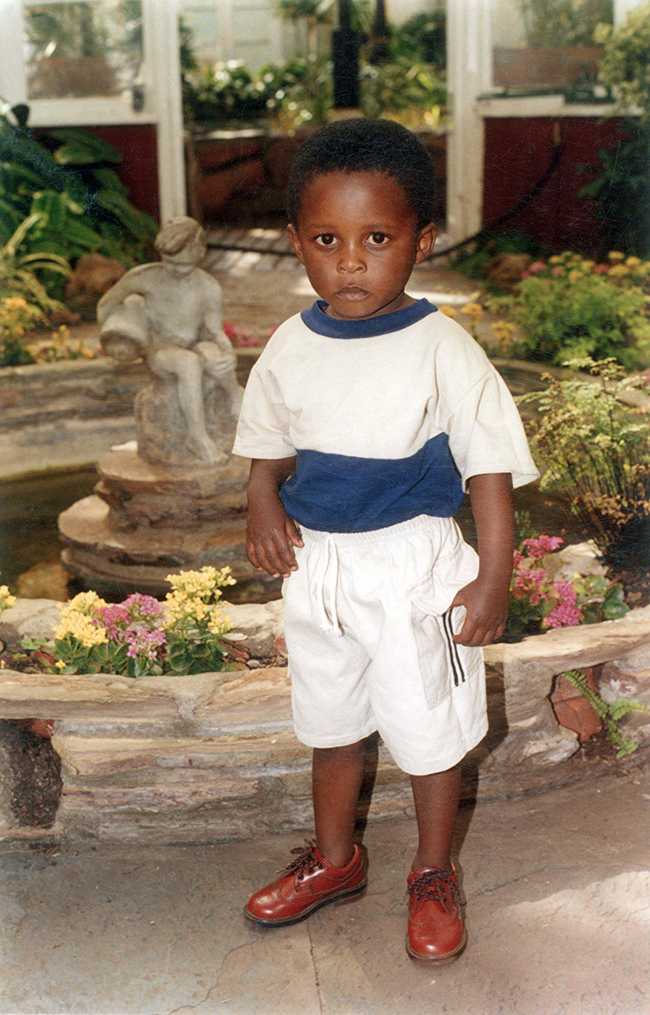 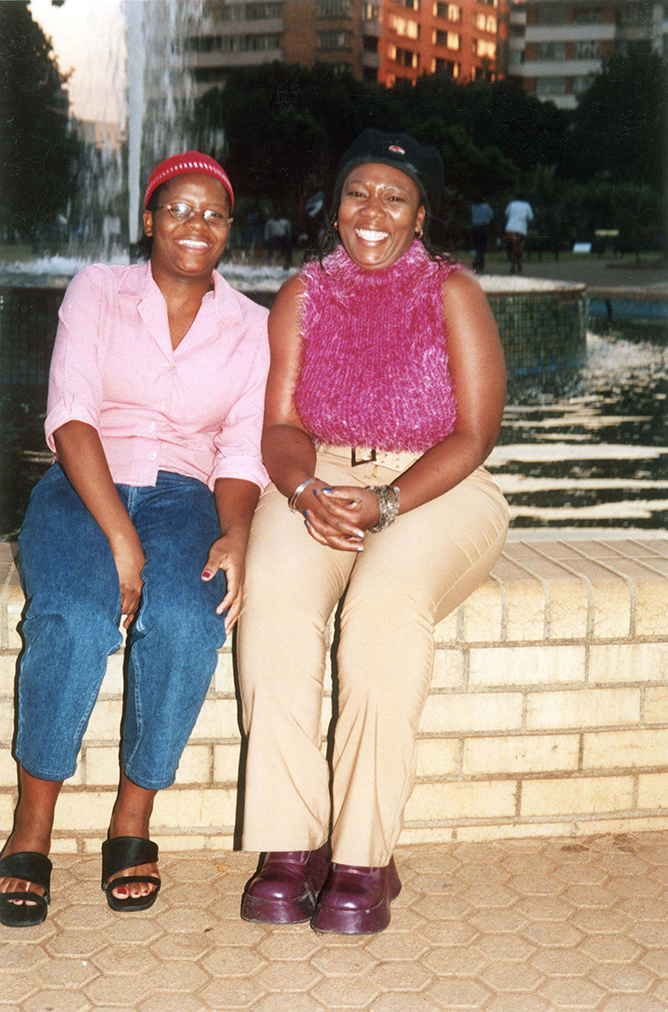 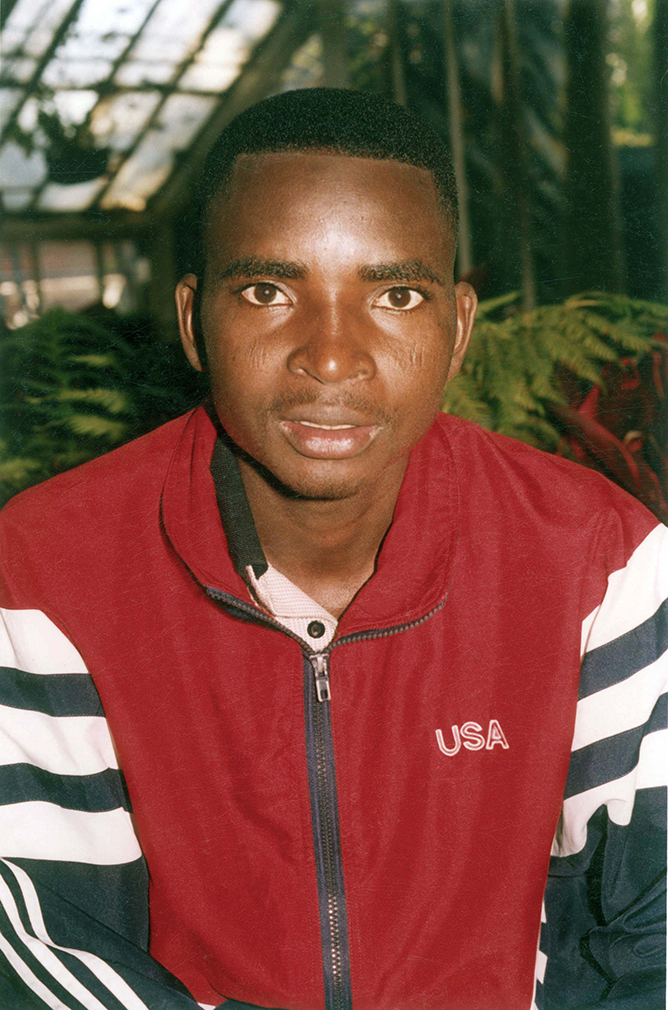 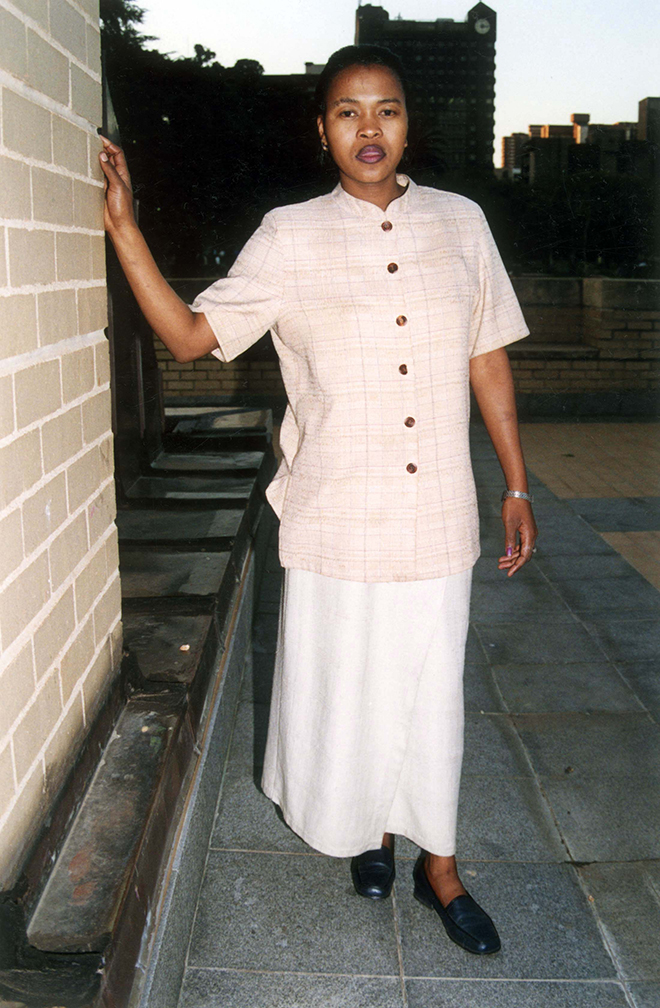 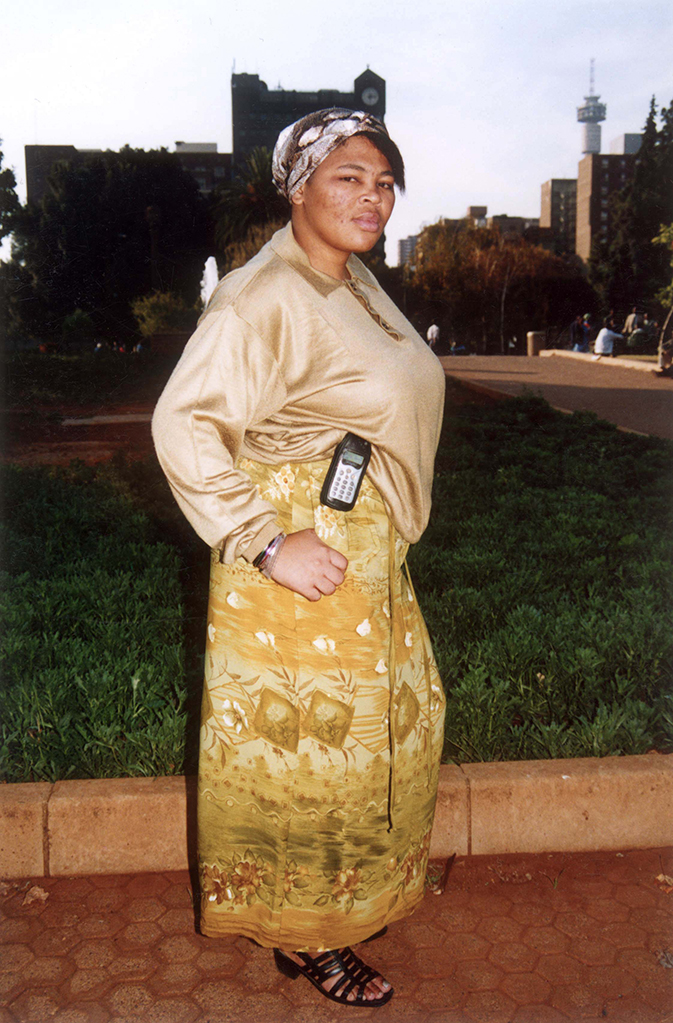 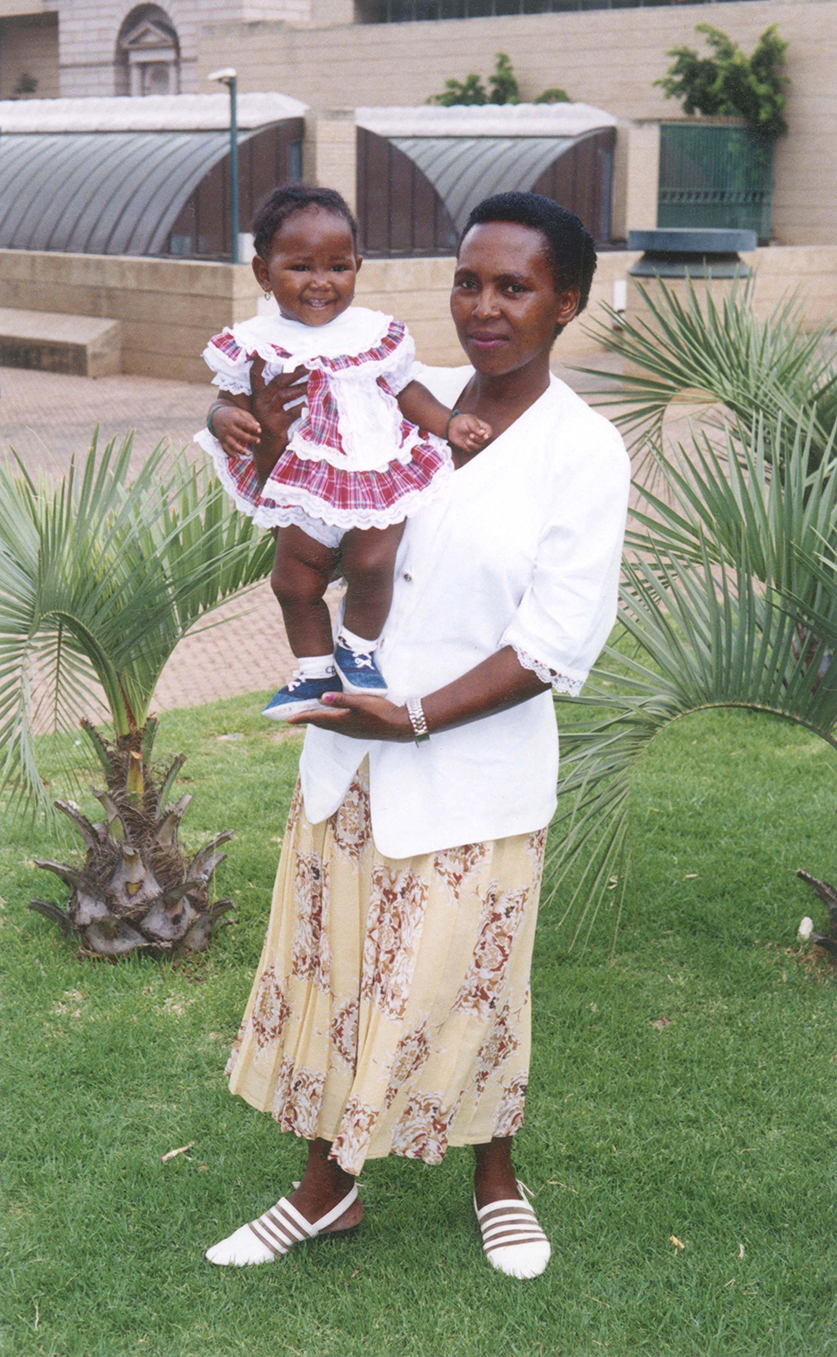 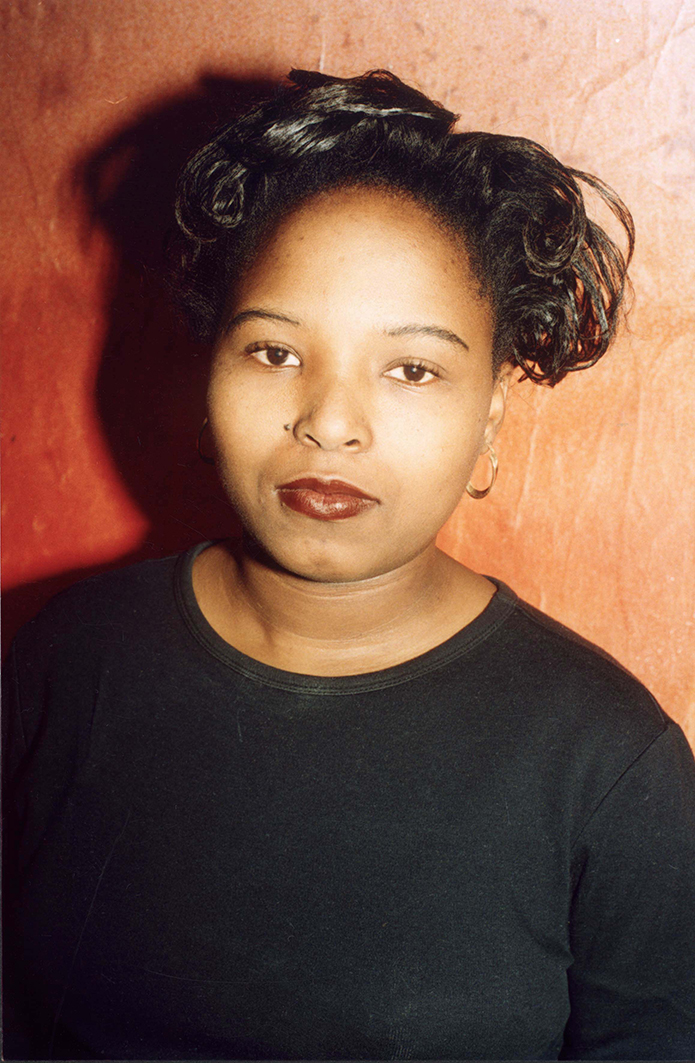